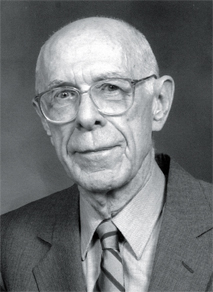 r of the photojournalism sequence at the University of Missouri School of Journalism from 1972 to 1982. McDougall began his photojournalism career after giving up a teaching job in Wisconsin to attend the School of Modern Photography in New York in 1945. He then worked with a team of cutting-edge photographers for the Milwaukee Journal.

While there he won the Magazine Photographer of the Year award in the Pictures of the Year competition. From 1955 to 1971 he worked as a staff photographer and associate editor for International Harvester World magazine and I.H. Today. After he joined the School of Journalism, McDougall inspired and challenged students to produce professional work. Some of today’s top photojournalists studied under McDougall, known to students as “Mac.” He retired in 1982.

Among McDougall’s many awards are Picture Editor of the Year in the Pictures of the Year competition, and seven awards from the National Press Photographers Association, including the highest honor, the Joseph A. Sprague Memorial Award. In 2005 he was a recipient of the University of Missouri’s Medal for Distinguished Service in Journalism.