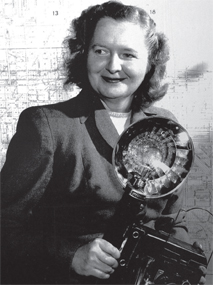 she didn’t imagine she would someday work for a newspaper. She left southwest Missouri for one year to work as a teacher in San Antonio and then returned to Springfield where she taught elementary and junior high school art for nine years.

Love began at the Springfield Daily News and Leader-Press in 1941 as a temporary fill-in for the newspaper’s illustrator and cartoonist. The job took, and during World War II Love found herself filling in for photographers as well. She taught herself darkroom techniques and how to use the camera as a journalist and as an artist. In her nearly 35 years at the Springfield Daily News and Leader-Press, Love pioneered the use of color photography and was one of the first women to work as a newspaper photographer.

She was a charter member of the National Press Photographers Association and won many awards for her photographs. When she retired in 1975, 150 of her photographs were displayed in a month-long show at the Springfield Art Museum.