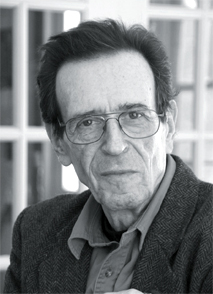 assortment of stories for National Geographic, LIFE magazine and Sports Illustrated for more than four decades. He was born on March 20, 1938, in Argentina, to American parents. His father, a chemical engineer, worked in South America, in addition to many other international locations.

Eppridge attended the University of Missouri School of Journalism, graduating in photojournalism, 1960. As a college student, he won the National Press Photographer’s Award, First Prize Pictorial, for a picture of a lone white horse under tornadic skies. His next stop was an internship at LIFE magazine, where he would work under the magazine’s celebrated photo director, Roy Rowan. After college, Eppridge embarked on a nearly year-long assignment for National Geographic.

Roughly a year later, a chance encounter with Rowan in New York City, would lead to regular shooting assignments at LIFE. He joined the magazine as a staff photographer in the early 1960s—joining the ranks of prominent photojournalists such as Alfred Eisenstadt, Carl Mydans and Gordon Parks—and stayed until the magazine folded in 1972. That same year, Eppridge joined Sports Illustrated as a staff photographer, where he covered nearly every Winter Olympics since Lake Placid in 1980. His collective assignments read like a list of the most important historical and cultural events from the latter half of the 20th Century.

Eppridge recorded the Beatles’ first momentous visit to the United States. He photographed a young Barbra Streisand on the verge of super stardom. He was the only photographer admitted into Marilyn Lovells home as her husband, Jim, made his nail-biting re-entry into the atmosphere in the crippled Apollo 13 spacecraft. He captured Clint Eastwood on the set of Dirty Harry. He was at Woodstock. And he was in Vietnam. He covered the funeral of civil rights activist James Chaney in Mississippi. He photographed the aftermath of the explosion of Mount St. Helen’s in Washington. His landmark photographic essay on Needle Park heroin addiction won the National Headliner Award and inspired the motion picture Panic in Needle Park, starring Al Pacino.

Eppridge spent much of 1966 and 1968 on the road with Robert F. Kennedy, covering the presidential campaign for LIFE magazine. It was Eppridge who took one of the decade’s most poignant and iconic photographs: a stunned Los Angeles busboy, Juan Romero, cradling Kennedy in the kitchen of the Ambassador Hotel, just seconds after the candidate was shot.

Throughout his career Eppridge has been a respected force in training a new generation of photojournalists as a faculty member at photography workshops, including the University of Missouri Photojournalism Workshop. When Eppridge is not shooting, he’s often flyfishing. He lives in Connecticut with his wife, Adrienne Aurichio.