Bill Garrett is a photographer, naturalist, writer and world traveler. 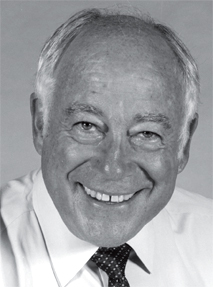 During 10 years as Editor of National Geographic Magazine, he led it to the highest circulation in its 102 years. He left the magazine in 1990, after writing and/or photographing 32 major articles from every continent except Antarctica, writing 120 editor’s columns and co-producing the television special “Alaska!”, based on his adventures. In his 36 years on staff, the magazine grew from 2 million to nearly 11 million monthly circulation.

Born in Kansas City, he holds a Bachelor of Journalism degree from the University of Missouri and an associate degree in Engineering. Working parttime for Hallmark Cards, his photograph of a candle in the late 1940s was the first photo ever to appear on a Hallmark Christmas Card. He served two years as a Navy photographer during the Korean conflict. He often taught at the annual Missouri Photojournalism Workshop.

Under his leadership, National Geographic and its staff won hundreds of awards including the 1984 National Magazine Award for Excellence, considered magazines’ Pulitzer Prize. He received distinguished service awards from the University of Missouri School of Journalism, Syracuse University and the National Press Photographers Association. He was named Magazine Photographer of the Year in 1968 for his Vietnam War coverage. He served on the Board of Governors of The Nature Conservancy.

He served as President of La Ruta Maya Conservation Foundation, a project in the ancient Maya homelands of Central and South America, designed to prove that development can proceed in a rational and sustainable manner while conserving the region’s cultural and environmental assets. He received the Chevron Environmental Award in 1990. Active in numerous environmental organizations, he also is a wine-maker.