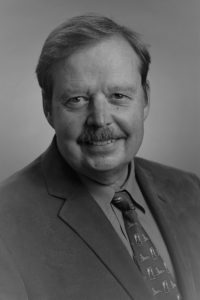 David Rees taught photojournalism at the University of Missouri School of Journalism from 1986 until his retirement in 2018, working with hundreds of students who have gone on to have meaningful careers in journalism and photojournalism. He was chair of the photojournalism faculty, director of the Angus and Betty McDougall Center for Photojournalism Studies and co-director of the Missouri Photo Workshop. He also has led all of the university’s landmark professional programs, including Pictures of the Year International and College Photographer of the Year, as well as overseeing development of the Edom Photojournalism Laboratory. Rees was named the O.O. McIntyre Distinguished Professor in 2003.

A former high school English teacher, Rees began photographing in a small town and shooting with a twin lens Yashica-D. The bulk of his professional experience came as a staff photographer and then photo editor for The Columbia Daily Tribune. He was a lab crew member of the 1975 Missouri Photo Workshop in Nevada and a faculty member of the Bolivar and Washington workshops.

In addition to helping the university’s curriculum develop and evolve as photography has evolved, Rees has participated in seminars for the Poynter Institute, Scripps Howard and National Press Photographers Association and in workshops on newspaper picture desk management. He has authored one book on the University of Missouri and was one of 38 photographers on the 1996 Discovering Ecuador book project. He maintains interest in grassroots photojournalism and in online publishing.

He was one of the founding members of the Photojournalism Hall of Fame Committee.