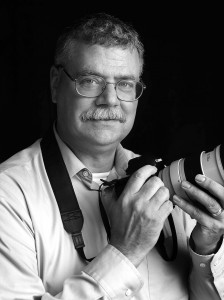 Dean Curtis lives in Springfield, Missouri, where he worked for the Springfield News-Leader from 1992 to 2014 as photo editor and then multimedia editor. He graduated with a Bachelor of Science with an emphasis in Mass Communications from Moorhead State University in Moorhead, Minnesota, in 1982. Curtis’ first newspaper job was at the Williston Daily Herald in Williston, North Dakota, from 1982-1984. He then joined the Argus-Leader in Sioux Falls, South Dakota, as a staff photographer working until 1987, and then held a staff photographer position at the Courier- News in Bridgewater, New Jersey, where he worked until being hired by the News-Leader in 1992.

During his time at the News-Leader Curtis led the visual coverage of four of the worst natural disasters to hit southwest Missouri: the 2003 tornados that destroyed Pierce City and Stockton, the 2006 tornados that damaged much of the same areas, the 2007 January ice storm that crippled Springfield and southwest Missouri, and the devastating 2011 Joplin tornado. Curtis has been a contributing photographer to three books: Branson Backstage; Pope John Paul II, An American Celebration; and Powerless and Cold, a photographic look at the 2007 ice storm, which he also edited. He owns and operates Curtis Photography LLC in Springfield. During his career as a photojournalist he has had loving support from wife, Cindy, and children, Andrew and William.