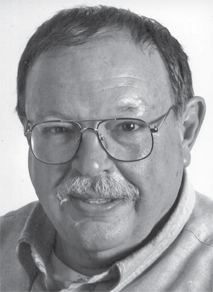 the St. Joseph News-Press, is a sterling example for anyone considering what it means to practice local journalism and to be committed to your community. Born Feb. 1, 1948, in St. Joseph, he was raised in the community, graduating from St. Joseph Central High School in 1966. Lawhon joined the U.S. Army in October 1966. He served as an infantryman and with a mortar platoon in Vietnam, and was awarded the Purple Heart for burns suffered in a mortar attack.

While in Vietnam, he bought his first 35mm camera and took many rolls of Kodachrome slide film. He had no training as a photographer, but his father always had encouraged the taking of photos. His early work primarily amounted to photos of what he saw from an infantryman’s point of view. After nearly three years in the Army, he returned to the U.S. and attended college at St. Joseph and then at Arizona State University, where he received a bachelor’s degree in journalism with an emphasis in television production.

He later earned three lifetime Missouri teaching certificates through Missouri Western State University in St. Joseph. Lawhon made his home in St. Joseph. After a time working for a camera store, he joined the staff of the St. Joseph News-Press, where he remained a valued employee for more than 31 years, retiring in July 2008. Day after day, decade upon decade, Lawhon brought readers of the News-Press a glimpse of life on the streets of St. Joseph. He was a spot news junky who often beat the fire department to the scene, and he knew each fireman working it. During his tenure on staff, he was both a photographer and photo chief for the newspaper. He also taught photography at Missouri Western State University, retiring there in December 2008 after teaching for 62 consecutive semesters, mentoring to a generation of aspiring photographers in the community. Lawhon’s photographs have been published around the world through news agencies and in numerous photo and reference books.

He has received many local, state and national photography awards. He’s the only photographer to have worked for the News-Press to receive three national awards — all for spot news — from the National Press Photographers Association. Lawhon and his wife, Renee, also a proficient photographer, continue to pursue their passion through studio and freelance photography. His other interests have included reading military history, collecting U.S. Army crests, wildlife photography and bird watching.