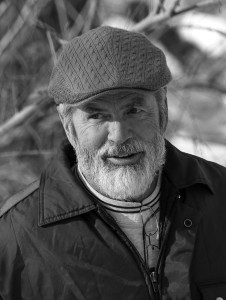 photography may have started at a young age in Prairie Village, Kansas, when his dad brought home an early Polaroid camera. His dad, James Forbes, Sr., still has the first photo his son made with the camera – a close-up of a rose. Sports editor for his high school newspaper, Forbes led his cross-country team to a state title. He attended the University of Kansas partially because he wanted to meet and run with his boyhood hero – fellow Kansan, Olympian and world record holder Jim Ryun. Ryun, a photojournalism major, introduced him to instructors at KU’s William Allen White School of Journalism. Then Ryun, working part-time at the Topeka Capital Journal, introduced Forbes to legendary photo editor Rich Clarkson and several of the world-class photographers on staff. Deciding to major in photojournalism, the next year Forbes was runner-up for College Photographer of the Year.

He commuted to Topeka where he worked part-time in the Capital Journal’s photo lab. Upon graduation in 1972, Forbes worked for the Parsons (Kansas) Sun and the now defunct Miami (Florida) News. Since 1975, Forbes has been at the St. Louis Post-Dispatch, first as a photojournalist, then Director of Photography and now Chief Photographer. He specialized in sports photography early for the Post-Dispatch and freelanced for the Sporting News. He was in the first class to win first place awards in both the Pro Football and the Pro Baseball Halls of Fame annual contests. Since 1980, he has traveled to 27 countries for the Post-Dispatch, covering wars, earthquakes, medical missions, current events and conflicts. Forbes has been the NPPA Regional Photographer of the Year three times and runner-up five times. He has been honored by the Overseas Press Club, the Missouri Interscholastic Press Association, Amnesty International, the National Headliner Public Service Award, and the Society of News Design. Forbes was on the team covering the Kirkwood City Hall shootings in 2008 that won awards from the National Headliner’s contest, Sigma Delta Chi and the Pulitzer Prizes as a finalist.