Jack Hackethorn will be remembered as a truly 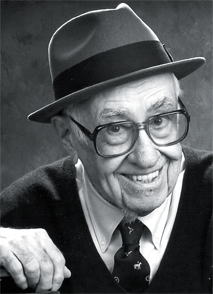 unforgettable character who loved talking politics with family and friends and photographing just about anything.

As a teen, he worked in the Columbia Daily Tribune’s mailroom. With encouragement from an Associated Press reporter, he learned to use a camera. A 1936 University of Missouri School of Journalism graduate, he was hired by Acme News Pictures in Washington, D.C. One of his first assignments was photographing President Franklin Roosevelt. He later worked for the Detroit Free Press and the St. Louis Post-Dispatch. His pictures appeared in thousands of publications around the world. One of his better-known photos was of President Harry Truman and Susie, the 1955 Missouri State Fair champion mule.

Politics aside, mules were a theme in Hackethorn’s life. In 1949, he bought Frances, the talking mule, for $200 from Frazier Farms in Drexel, MO. Universal Studios flew Frances, at a cost of $450, to Hollywood for a screen test. Competing against eight mules from across the United States for the role, the Missouri mule was chosen for her appeal, great personality, long eyelashes and photogenic face, resulting in six “Francis, the Talking Mule” movies. Donald O’Connor said he stopped making the movies when Frances began receiving more fan mail than he did.

In the 1970s, Hackethorn served as superintendent of mules, draft horses and miniature mules at the Missouri State Fair. He was a Navy veteran of World War II. During the Truman administration, he worked as executive secretary of the Missouri Democratic Party. Hackethorn was the Missouri Farmers Association director of public affairs for 30 years. In 1996, he received the University of Missouri Distinguished Alumni Award. He died at the age of 94 in 2006, in Columbia.