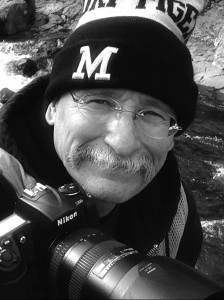 Jim McCarty, of Union, is the vice president of communications and printing, as well as long-time editor of Rural Missouri magazine, the official publication of the Association of Missouri Electric Cooperatives. He joined the staff in 1985 as assistant editor and quickly moved up to managing editor, then editor in 1987. He has been editor longer than any other person in the history of the publication. While communication is the crux of McCarty’s position, his mission is and has always been to continue making the magazine an award-winning communications tool for the association. More than 550,000 member/owners receive the publication each month.

McCarty oversees a staff of six who have won hundreds of awards for photography, writing and publications. These honors include NRECA’s prestigious Haggard Award for 1994 and 2003. McCarty was the writer of the year for the Cooperative Communicators Association in 1994 and in 1995 was awarded the group’s Michael Graznak Young Communicators Award.

He went to high school in St. Clair Mo., graduating with honors in 1980 and is a 1982 graduate of East Central College in Union, also with honors. In 1984, he graduated from the University of Missouri with a degree in photojournalism. His journalism career began at the Poplar Bluff Daily American Republic, where he was assistant sports editor and photographer.

He has authored 12 books on the history of electric cooperatives. In 2009, he documented the ice storm that hit southern Missouri and wrote another book on the recovery. He also edited the Newsletter of the Blacksmiths Association of Missouri, the Anvil’s Ring and The Hammer’s Blow magazines.