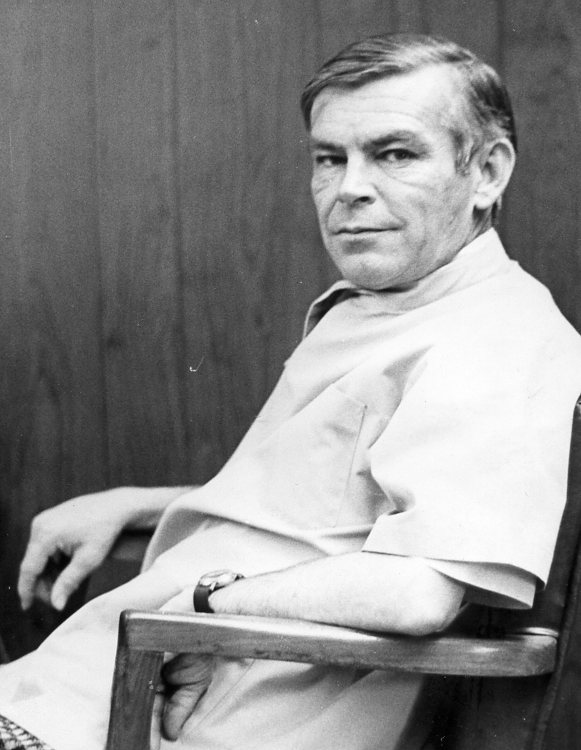 as the Washington Missourian’s photo editor.  The Missourian was published by his father, James L. Miller.  His interest in photography began while he was a high school student. He began making pictures for The Missourian then, and also learned to be a photo engraver.  He attended the University of Missouri, but his college education was interrupted by the Korean War.  He entered the Army in early 1951, served the Signal Corps in the states, and spent about a year in Korea.  He saw combat as a member of a field artillery communications team.  After his honorable discharge in early 1953, he returned to the University.  Later that year he moved to Kansas City where he sold advertising for The Kansas City Star and later for broadcast stations.  Then he worked for radio stations in New York and Indiana.

Miller joined The Missourian full-time in May 1964, was in charge of the news photography darkroom, and made the majority of pictures for The Missourian for more than 22 years.  He often was on photo assignments seven days a week.  His photography work earned him state and national awards from press associations.  He received recognition from several local organizations for his many years of service in making news photographs.  Miller’s newspaper photography work afforded him the opportunity to meet many people.  He snapped pictures of the great and of the little people. He was at ease with either. His skills as a photographer gave something special to many pictures.  He excelled in darkroom work and passed his talents on to those who assisted him.  He was a little guy in stature with a heart as big as the camera case he carried. Miller died in December 1987, at the age of 58.