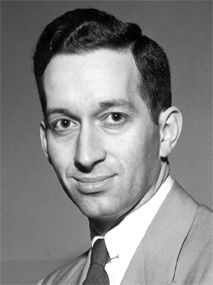 d career that always revolved around images on film. A Kansas City native, he was a graduate of the University of Missouri School of Journalism. From his time as a photojournalist during the seat-of-your-pants competitive days of the 1930s, to being a leader in the reprographics industry until his retirement, Jack Wally always had fun behind the camera.

During his news career, he was chief photographer at the now-defunct Kansas City Journal-Post, an assignment photographer for Life Magazine, and a staff photographer at William Randolph Hearst’s Los Angeles Examiner. He was known for using a small 35mm camera hidden in a sock to make photos inside the notorious depression-era gambling halls of Kansas City that appeared in Life Magazine without a byline because he was concerned for the safety of his family and himself.

In Los Angeles, he mingled with Hollywood stars of the day, making photos that would pique Examiner readers’ interest. Wally joined his family’s business, Western Blue Print Co. in Kansas City, and started designing and selling huge industrial cameras to solve the needs of the reprographic industry. Many of the cameras were purchased by General Motors, Boeing, Lockheed Martin and major petroleum companies, as well as the military.

In 1970 he founded Opti-Copy Company. Wally held 40 patents on industrial cameras used for making page negatives for major magazines such as Time, Newsweek, People, Playboy, Architectural Digest, and Vogue. The largest of his industrial cameras, 35 feet in length, was sold to Ford Motor Company to shoot full-size drawings of automobiles. He died July 13, 2006, at his home in Kansas City at age 93.