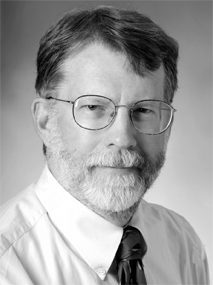 Hallmark Cards, Inc., and curator of photography, Nelson-Atkins Museum of Art, both in Kansas City, Mo. Born in Connecticut in 1952, he received his B.S. degree (1974) in Cinema and Photography from Southern Illinois University-Carbondale and his M.A. (1979) in the History of Art from the University of New Mexico, Albuquerque. In 1978-79 he held a research internship at the International Museum of Photography at George Eastman House, Rochester, NY.

He became curator of the Hallmark Fine Art Collections in 1979, chief curator in 1987, and Fine Art Programs director in 1992. In these positions he has expanded the Hallmark Art Collection to more than 2,000 paintings, prints, and dimensional works, and the Hallmark Photographic Collection to a present total of more than 5,000 works by 850 photographers. He has curated 70 exhibitions from the Hallmark art and photography holdings; these shows have been seen in leading museums across the U.S., and in Canada, New Zealand, Australia, Great Britain, France, Spain and Switzerland.

He became curator of photography at the Nelson-Atkins Museum of Art in January 2006, after the gift of the Hallmark Photographic Collection to the museum. His various awards include a Fellowship from the National Endowment for the Humanities (1986-87) for his work on the Civil War-era photographer George N. Barnard. He is the author of numerous books, catalogues and essays. In addition to lecturing widely on various aspects of 19th and 20th century photography, he has taught the history of photography at the undergraduate and graduate levels. He is currently a visiting research professor of art history at the University of Missouri-Kansas City.