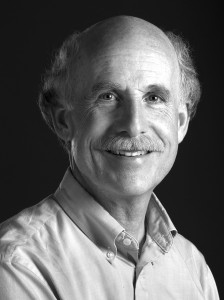 Keith Myers was born in Kansas City, Missouri, and grew up just to the north of the metropolitan area in Platte City, Missouri, where he first started taking photographs for his high school yearbook, using a camera his stepbrother brought back from service in the U.S. Navy during the Vietnam War. Throughout his undergraduate years at the University of Missouri, Columbia, Keith kept photography as a hobby and graduated in 1975 with a bachelor’s degree in public administration. After a year or so of working for the Social Security Administration he realized that photography was his first love and entered the graduate journalism program at M.U. Under the guidance of Angus McDougall, Art Terry, Manuel Lopez and many outstanding fellow students, he developed the skills needed to be a working photojournalist and received a master’s degree in 1981.

Beginning in the late 1970’s, Myers was a stringer for United Press International where he covered general assignments and the Kansas City Royals. He was part of UPI’s World Series coverage in 1980 when the Royals lost to the Philadelphia Phillies. He later became a stringer for The Kansas City Times and was hired full time in May, 1983. He was part of the newspaper’s coverage of the Royals’ victory in the 1985 World Series. In 1987, Keith won first place feature in the 45th annual Pictures of the Year competition for a photograph of prisoners with HIV/AIDS. In 1990, he was named assistant photo editor, a job he couldn’t escape until 1995. He returned to shooting and continues in that role today. Over the years Myers has taken time off annually to photograph the Platte County Fair which is in its 152nd year. He also has copied and restored more than 200 old photographs from around Platte County which he displays at each fair and has shared with the local historical society.