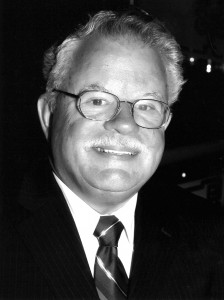 Larry S. Williams was a photographer with the St. Louis Post-Dispatch for nearly 40 years. Born in 1943, his first job at age 15 was working at Krummenacher’s Camera Shop. He still remembers his mother say, “Are you sure you want to do this? It’s a long time to be working.” After high school, his next job was at Sievers Studio where he worked while attending night school at St. Louis University. He learned photography at Sievers, and during summers in the early 1960s he attended the Winona School of Photography in Winona, Indiana, where exceptional instructors taught commercial photography, color commercial photography, advanced photography, small camera technique, and negative retouching. In 1963, he was hired by Bruno Torres of United Press International as a bureau assistant in St. Louis. His chief duty involved attending the wire machines, but it also included covering assignments. He also received his degree in marketing from St. Louis University.

He received an offer as a staff photographer to move to Austin, Texas in 1966, but instead went to work for the St. Louis Post-Dispatch, hired by Jack January, the Post-Dispatch chief photographer. Williams was a photographer for the newspaper from September 1966 until November 2005. His photography subjects included meeting Mother Teresa, the Dahli Lama, Richard Rogers and many other dignitaries. He accompanied Joe Pulitzer, the son of Joseph Pulitzer, Sr., on an international assignment covering refugee camps throughout Africa. While at the Post-Dispatch, Williams taught photography at Maryville University from 1977 to 1979. He and his wife, Stephanie, have five children, five grandchildren, and one great-grandchild.