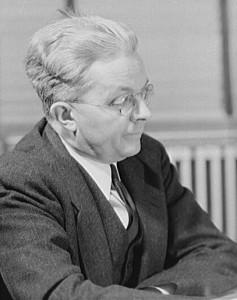 Roy Emerson Stryker was born in 1893 and his work with the Farm Security Administration is considered among the greatest contributions to the Missouri Approach to photojournalism. During the 1930s, Stryker, working for FSA, help to document the problems of America’s heartland and the effects of the Great Depression on its people.

As a manager of the FSA photodocumentary project, Stryker ensured his teams knew their assignments well and were properly funded. He made sure that publications had access to FSA’s photographs, which helped to focus public attention on rural America and the plight of the poor.

Stryker’s work managing the FSA projects helped to establish the careers of many professional journalists. Overall, it is estimated 77,000 photographic prints were made for the press from 164,000 developed negatives, along with more than 600 color images. These photographs have since been added to the Library of Congress.

Following his work with FSA, Stryker worked for Standard Oil with its public relations documentary project. In the 1950s, he worked to establish the Pittsburgh Photographic Library and did numerous consulting jobs. He also conducted seminars on photojournalism at the University of Missouri and was the first director of the Missouri Photo Workshop.