In May 2013, Sarah Leen was appointed Director of Photography of the National 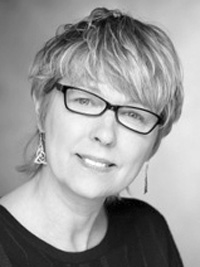 Geographic magazine. She is the first female Director of Photography in the National Geographic Society’s 125-year history. Prior to this appointment she worked for nearly 20 years as a freelance photographer primarily for the National Geographic magazine and then in 2004 joined the magazine’s staff as a Senior Photo Editor. Leen graduated in 1974 with a BA in Fine Arts from the University of Missouri, Columbia. She continued with graduate studies at the University of Missouri School of Journalism. Leen was the College Photographer of the Year in 1979 and worked as a staff photographer for both the Topeka Capital Journal and the Philadelphia Inquirer until 1982 when she began her freelance photography career.

Her photography assignments for the National Geographic took her to the shores of Lake Baikal in Siberia, the Kamchatka peninsula in Russia’s Far East, the ancient city of Djenne, Mali in West Africa, the Republic of Macedonia, the Mexican volcano Popocatepetl and a series stories on Urban Sprawl, Cheap Oil and Alternative Energy. Leen has won numerous awards for her photography in the Pictures of the Year (POYi) and in 2002 at the World Press Photo. In 2007 and 2008 she won first place Magazine Picture Editing Portfolio from POYi and second place in 2011. She has taught photography and editing workshops at the Missouri Photo Workshop, the International Center for Photography in New York, the Maine Photographic Workshops and the Palm Beach Centre for Photography. In 2010 Leen was co-curator with National Geographic Creative Director Bill Marr on the magazine’s Water is Life exhibit and in 2013 The Power of Photography: National Geographic 125 Years, both at the Annenberg Space for Photography in Los Angeles.