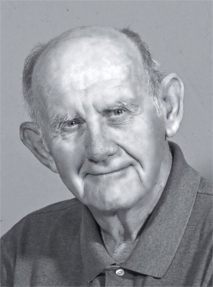 for more than three decades, making and editing photographs and leading its photo department. Dine was born August 14, 1934, in Springfield, IL. He grew up in Amarillo, TX. Dine began fiddling with cameras and had a darkroom in his home when he was 12 years old. As a student at Amarillo High School, he worked on the yearbook and newspaper staffs. His first newspaper job was during high school at the Amarillo Globe News, working in the darkroom during the summer of 1950. He worked some weekends and nights in the darkroom, then was assigned as a photographer during the summer of 1951, 1952 and some weekends.

Dine was graduated from Amarillo High School in 1952. He attended Amarillo College and the University of Texas. He began working for the United Press bureau in Dallas as wire photo operator. He was promoted to photographer, then moved to the UP, Austin, TX, bureau. He was drafted into the Army in November of 1956, then joined the photo staff of the Richmond (VA) Times-Dispatch in January 1959. He moved to the Denver Post photo staff in July 1960, and left in September 1962 to freelance, working from Richmond, VA.

Dine joined the staff of the Houston Chronicle in March 1964, and then left in November 1964 to become a member of the St. Louis Post-Dispatch photo staff. He remained with the Post-Dispatch for 35 years as a photographer, a Post- Dispatch Sunday Pictures Magazine photographer, a picture editor, and from 1997 until he retired in December 1999, he was director of photography. He married Anne Hamilton Dine in November 1965; they have two children, Brooke and Joshua, and two grandchildren.