A photojournalist by nature and training, Tim Janicke has 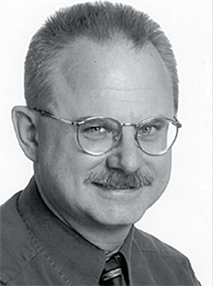 the heart of a teacher. He always offers his time, energy and professional opinions to critique and encourage photographers to do “a better job.” He holds his photographers to high standards, both photographically and ethically. Janicke is editor of Star Magazine, the Sunday magazine of The Kansas City Star. He’s also a writer and photographer for the magazine.

He is an adjunct professor of photojournalism at the William Allen White School of Journalism & Mass Communications, University of Kansas, and frequent contributor to journalism workshops. Janicke has also served as assistant managing editor for photography at The Star, and in other editing positions in the photography department of the newspaper.

He coordinated the newspaper’s photo coverage of baseball and football playoffs, including the 1985 World Series; of NCAA basketball tournaments, including the 1988 Final Four in Kansas City; and has also coordinated photo coverage of eight national political conventions. He worked at The Hutchinson (Kan.) News and The Olathe (Kan.) Daily News before moving to The Star.