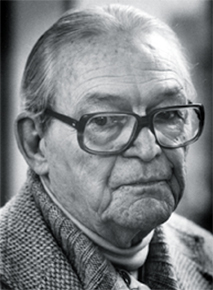 the beauty and the people of the Ozarks. Mr. Godsey left the position of Director of Information and Education for the Missouri Conservation Commission in 1941 and settled in the Ozarks to make a photographic record of primitive survivals in the hills. While making this collection of photographs of the last of the old line Ozarkers in their natural environment, he supported his family by selling illustrated articles and photo essays to magazines and newspapers and by barter, which was one of the ways of sustaining life in the hills during the days of and following the Great Depression.

In July 1938, Mr. Godsey had started the state Department of Conservation’s quarterly tabloid named the Missouri Conservationist. He earned degrees at Central Missouri State University in Warrensburg, the H. H. Herbert School of Journalism at the University of Oklahoma, and he received an honorary doctoral degree from the School of the Ozarks in Point Lookout, where for 10 years he was Vice President of Public Relations and head of the Mass Media Department.

His teaching career included years at Stephens College in Columbia, the Fred Archer School of Photography in Los Angeles and the University of Oklahoma. Mr. Godsey’s photographs of the Ozarks were published in the book These Were the Last. His wife, Helen, co-authored the book’s introduction. He was the author of more than 500 photo features and articles, 20 plays, three books and three films. Several of his photographs won national awards.