Wes Lyle is a photographer with an artist’s eye. 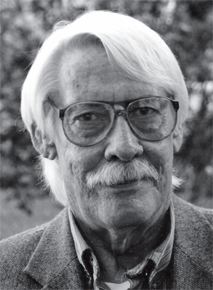 For more than 45 years, Lyle has squinted into a little box, pushing the button at just the right moment. In darkrooms he developed his images by hand, coaxing out just the right amount of light and dark on paper. He was a prize-winning photojournalist. As a newspaper photographer for both The Kansas City Star and The Kansas City Times, Lyle bore witness to the dramas of the day, photographing the horrific and the mundane, the contrived and the unexpected. His work for the newspapers stands as some of the best, say his peers. Subjects of his photographs include Presidents Harry Truman and John F. Kennedy, Jack Benny, Louis Armstrong, Duke Ellington, Thomas Hart Benton and The Beatles.

A native of Topeka, KS, Lyle and his family moved to Pensacola, FL, where his father was stationed as a Navy photographer during World War II. Lyle’s father later was a photojournalist for the Topeka Daily Capital, and Wes learned from him on assignment. Wes joined the Navy, then was hired as a United Press wire service photographer in Texas in 1956, and after a few years transferred to the Kansas City UP office. He left UP in 1963 for the Leavenworth Times, and finally joined The Kansas City dailies in 1965. His photos began landing on the front page almost daily. He left The Star and The Times in 1977, later working for American City Business Journals. The results of Lyle’s work were published in two books. Today, he shoots the Kansas City skyline from his 11th floor apartment. “Most days, I have to close the curtains to force myself to stop.”